Gastrointestinal stromal tumors can be benign or malignant, and they can be small in size or rather large.

Abdominal Discomfort? It Might Be More Than a Stomachache

Persistent issues in areas around your stomach and intestines may be more than a simple stomachache. A rare health issue, gastrointestinal stromal tumors, may spell trouble for your digestive tract.

What Are Gastrointestinal Stromal Tumors?

Gastrointestinal stromal tumors (GISTs) are abnormal cells that grow out of control, forming a mass in the tissues of the gastrointestinal (GI) tract—the stomach, small intestine, large intestine, and colon. These tumors may be benign or malignant; the benign tumors do not spread, where some malignant tumors may metastasize to other parts of the body. Some GISTs grow slowly over time and may only become the size of a pencil’s eraser. Others may grow larger and spread quickly.

GISTs can appear in people of all ages. They are most common in patients between 50 and 70. They rarely occur in those younger than age 40.

It’s believed that GISTs originate in specialized cells in the wall of the GI tract. These cells, called interstitial cells of Cajal (ICCs), are part of the autonomic nervous system and signal the muscles of the GI tract to contract, pushing food and liquid through the digestive tract. Most often, ICC mutations are sporadic and not inherited through DNA. It’s not clear why these mutations develop.

Specific cell mutations in certain genes account for the vast majority of GIST cases. About 80% of diagnoses can be attributed to a mutation in the KIT gene, about 10% are associated with a mutation to the PDGFRA gene, and a few patients have mutations in other genes.

During the early stages of having a GIST, people are unlikely to show or experience symptoms. In many cases, patients only reach out for medical care when their symptoms progress. Small GISTs may cause no problems at all—even as they develop. Often, a GIST diagnosis occurs after a person develops symptoms. Minor symptoms, such as abdominal discomfort, fatigue, loss of appetite, and vomiting, may be ignored or attributed to a less serious cause with the assumption that these symptoms will pass. Consult a doctor for any symptoms that last longer than a couple of days.

Discovering a GIST is usually delayed due to the patient ignoring or downplaying symptoms since many symptoms are generalized. GISTs are often diagnosed once they cause more worrying symptoms, like bleeding into the GI tract. Be aware of the following symptoms, which may be associated with a GIST:

Often, bile duct cancer symptoms aren't noticeable until it has spread, which is why it's important to know what they are. Learn more here.

Though many GISTs are the result of sporadic mutations to specific genes, there may be increased risk due to genetic factors. Inheriting a mutation in a certain gene may contribute to a GIST in the future. In rare cases, patients develop a GIST from an inherited condition, which may include Neurofibromatosis type 1 (NF1), Carney triad, or a familial GIST syndrome.

GIST treatments are designed around each circumstance. Physicians recommend treatments based on how quickly the mutated cells grow, the size of the tumor, the tumor’s location, whether surgery can remove it completely, and whether it has spread to other areas of the body. In general, doctors select from four standard treatments, watchful waiting, surgery, targeted therapy, or supportive care.

Based on your diagnosis, a GIST and the tissues surrounding it may be completely removed with surgery. Depending on the size and location of the tumor, these surgeries may be laparoscopic procedures using small incisions to see and remove the tumor. More complex or larger tumors may require larger incisions. Larger or symptomatic GISTs are almost always surgically removed unless they are too large or affect too many organs and tissues.

Targeted therapy focuses on specific abnormalities within the tumor’s cells. This treatment uses specialized medications or other substances to identify and attack specific cancer cells. Common targeted therapy drugs are tyrosine kinase inhibitors (TKIs), that block signals within tumor cells that tell them to grow or multiply causing the cells to die off. Targeted therapy can be used to treat GISTs that cannot be treated with surgery or help shrink GISTs, so they can be surgically removed.

The goal of supportive therapy is to help improve a patient’s quality of life. Supportive care treats the symptoms and problems related to a GIST or its treatment. This therapy is for advanced GISTs, or when the tumor or side effects worsen during treatment. Some patients benefit from radiation therapy to relieve the pain caused by large tumors or tumors that have spread. Supportive therapy also includes addressing psychological, social, or spiritual problems that may result from a GIST or its treatment.

Those diagnosed with a GIST typically do not notice warning symptoms before the tumor grows large enough to cause issues. Sporadic conditions, such as a GIST, happen seemingly without cause. For any persistent digestive issues, make an appointment with your doctor and get on the road to recovery before a GIST causes complications.

Cancer Awareness9 Things You Need to Know About Cervical Cancer

Living With CancerCoping With Nausea and Cancer

Blog4 Steps to Help You Self-Examine for Throat Cancer

Living With CancerWhy Does Cancer Cause Weight Loss?

Cancer Symptoms7 Signs of Thyroid Cancer to Be Aware Of

Cancer Symptoms7 Symptoms of Sarcoma to Be Aware Of 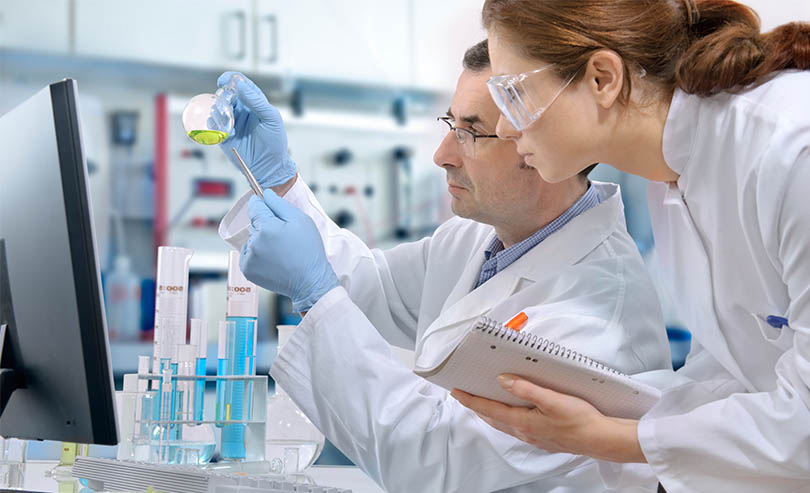 Cancer SymptomsThough Rare, Men Can Get Breast Cancer Too