FacebookPinterestMessengerTwitterEmail
3 years ago| by Katrina Hodgins

Tumors may have met their match with the advent of proton beam therapy. Proton beam therapy is a newer form of radiation therapy and has shown potential to treat several kinds of cancer. This therapy has increased precision in treatment and gives patients another alternative when it comes to treating tumors.

What Is Proton Beam Therapy?

Proton beam therapy is a type of external beam radiation therapy that uses high-energy beams to treat tumors. Proton therapy is similar to x-ray radiation therapy, but instead of using photons, it uses energized protons to deliver treatment. Protons are positively charged particles, which can destroy cancer cells at high energy.

This therapy delivers radiation through the skin from a machine outside the body. Two different types of machines can be used in proton beam therapy: one device moves around the patient and one that doesn’t move and needs to be positioned around the patient.

Proton beam therapy can be used on its own or in tandem with other treatments such as surgery, chemotherapy, x-ray radiation therapy, and immunotherapy.

What Is Proton Beam Therapy Used For?

Proton beam therapy treats both cancer and some noncancerous tumors. It’s optimal for cancers that have not spread and are located near important parts of the body, like the brain. Not all cancers can be treated with proton beam therapy, but the list of treatable cancers is lengthy (and growing as additional research is conducted).

Cancers that can be treated with proton beam therapy include:

Clinical trials are ongoing to see if proton therapy can be used to treat other types of cancers including lymphoma and breast cancer.

A machine (either a cyclotron or a synchrotron) speeds up protons to 60 percent the speed of light. Generating high speed helps creates high-energy protons (up to 250 million electron volts).

The oncologist calculates the procedure and uses magnets to direct the high-energy protons to the treatment site. The protons travel to the desired depth in the body and gives the intended radiation dose into the tumor. With proton beam therapy, oncologists can give a greater dose and minimize side effects by using protons instead of photons.

Patients may be required to come back for additional sessions, as treatment sessions depend on both the severity and type of cancer that is present. For fewer treatments, doctors generally use stereotactic body radiotherapy.

What to Expect from Breast Cancer Surgery

3 years ago| by Natalie Saunders

One way to eliminate cancer from the breast is to undergo some type of breast cancer surgery. The two main types are lumpectomy and mastectomy.

Every therapy comes with a list of reasons to choose that particular therapy. Here are some of the benefits of opting for proton beam therapy:

As with many treatments, there are some downsides to consider before opting for proton beam radiation, but the radiation oncologist will manage any side effects. Talk to your doctor beforehand about possible side effects caused by the area due to treatment.

Side effects depend on the part of the body being treated, the size of the tumor, and the types of healthy tissue in the surrounding area. Factors that may influence side effects include dosage and whether patients are partaking in other treatments at the same time (chemotherapy, for instance). Following treatment, patients may feel exhaustion/fatigue and skin irritation (ranging from redness to blistering).

Other side effects may develop over time and may include:

Some late effects (which are rare) occur months or even years after treatment and include changes to the brain, spinal cord, kidneys, lungs, colon, and joints. Additional long-term effects include infertility and secondary cancer.

Proton beam radiation therapy is highly specialized, can cost a lot of money, and isn’t widely available so you may need to factor in travel if you opt for this treatment. Proton beam therapy requires planning.

Before the radiation therapy, you’ll need to complete a CT or MRI scan. During the scans, you’ll be required to hold the same position as you would during the proton beam therapy treatment. To make sure you stay still, you’ll be fit with an immobilization device (or mask, depending on which body part is receiving treatment) that helps keep you in place and will be used for your treatment sessions. This is done to help your doctor figure out exactly where the proton beam therapy will be given to ensure accuracy during radiation.

There aren’t enough studies that compare the results of proton therapy radiation versus x-ray radiation, so right now it’s a draw as to which is more effective in prolonging lives. By doing your own cost/benefit analysis with the pros and cons of each treatment, you’ll be better equipped to make a decision on which treatment is best for you.

Cancer SymptomsBone Metastasis: What You Need to Know 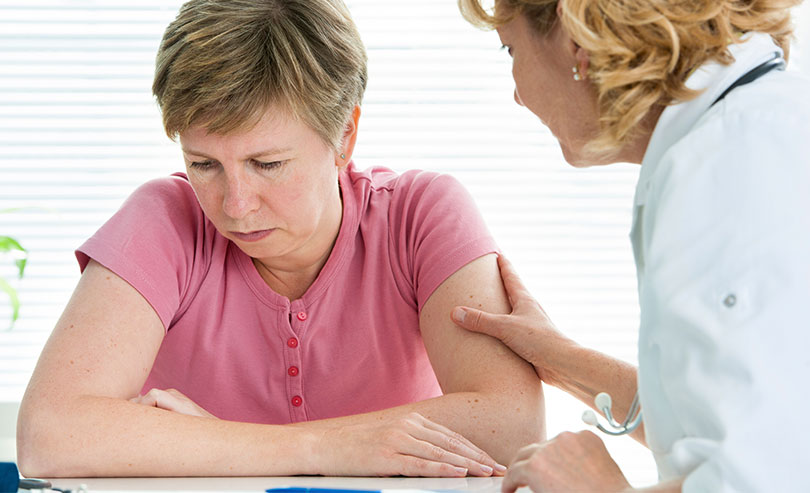 Cancer TreatmentsTargeted Drug Therapy for Ovarian Cancer: Does It Work?