Stomach cancer begins when cancer cells form in the inner lining of your stomach. These cells can grow into a tumor.

FacebookPinterestMessengerTwitterEmail
4 years ago| by Jeanie Davis

What Is Gastric Cancer?

Stomach cancer, also known as gastric cancer, is a malignancy in a part of the stomach. When most people are diagnosed with this cancer, it has already spread – metastasized – or will spread.

Nearly all stomach cancers are a type called adenocarcinoma of the stomach. The cancer has developed from the cells that form the mucosa, the lining of the stomach that produces mucus.

Certain medical conditions, lifestyle habits, and other factors increase the risk of stomach cancer, including:

Early signs of stomach cancer can resemble other much less serious conditions, so it may be difficult to recognize. This is why so many patients are not diagnosed until the disease is already well advanced.

Early symptoms may include:

Anyone over age 55 who develops persistent indigestion should see a doctor.

The surgeon will remove the stomach cancer as well as a margin of healthy tissue. This ensures that no cancerous cells are left behind.

Abdominal surgeries are significant procedures and may require prolonged recovery time. Patients may have to stay in the hospital for two weeks after the procedure. Several weeks of recovery will follow this at home.

Does Nicotine Cause Cancer?

"Does nicotine cause cancer?" In this article, we look into whether nicotine causes cancer or not, important information about tobacco and cancer, and more.

Radiation therapy is not commonly used to treat stomach cancer because of the risk of harming other nearby organs. However, if the cancer is advanced and/or causing serious symptoms (bleeding or severe pain), radiation therapy may be used.

Chemotherapy is medication to stop rapidly-growing cancer cells from multiplying. These drugs are known as cytotoxic medicines. The medication attacks cancer cells at the primary cancer and any other regions where it has spread.

Targeted medications include Sutent (sunitinib) and Gleevec (imatinib), which attack specific types of abnormalities in cancerous cells for patients with gastrointestinal stromal tumors.

These are experimental therapies which may be trying new drugs or using existing therapies in novel ways. Patients may want to take part in some of the latest treatments. It is important to remember that clinical trials are experimental and do not guarantee a cure for stomach cancer.

Patients should discuss this option carefully with their doctors and family and bear in mind that such therapies have many unknowns, for example, the investigators may not be sure what side effects the participants might experience.

Check With a Doctor

If you have persistent indigestion, see a doctor. If you have other medical conditions that increase your risk of stomach/gastric cancer, it’s important that you find out the cause of your indigestion. Any cancer that is caught early is most treatable.

Cancer SymptomsEverything You Need to Know About Renal Cell Cancer 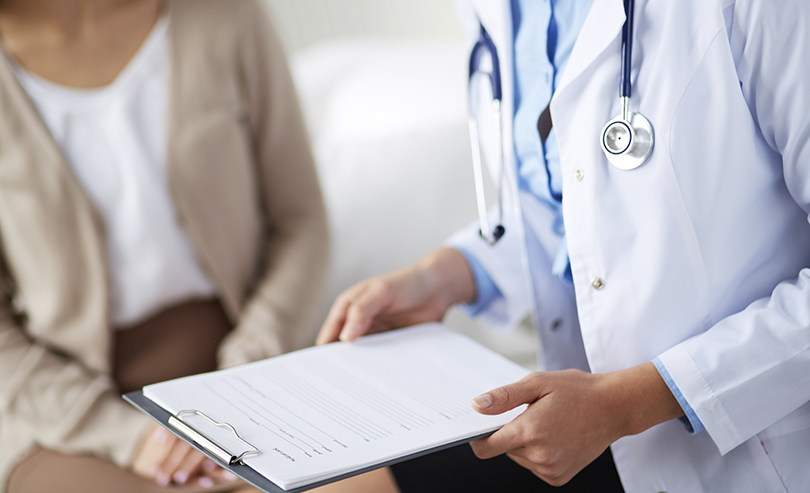 Living With CancerCoping with Cancer

Cancer SymptomsThough Rare, Men Can Get Breast Cancer Too