Can a blood test detect cancer? Yes, but not always.

Can a Blood Test Detect Cancer?

FacebookPinterestMessengerTwitterEmail
1 week ago| by Natalie Saunders

When it comes to cancer, early detection is critical. Fortunately, there are many ways to do this. They include regular self-checks and routine screenings, such as medical imaging and blood tests. But how effectively can a blood test detect cancer? Let’s take a look.

Blood tests are one of many tools that doctors can use to diagnose cancer. However, they are not 100% reliable for all types of cancer.

Blood cancers such as leukemia, lymphoma, and myeloma can usually be accurately diagnosed with bloodwork. However, other types will require further testing, such as medical imaging (ultrasounds, mammograms, MRI scans, etc.) or biopsies.

That said, blood tests can provide the first clues that further investigations are necessary. They can reveal cancerous cells, and proteins or other substances that tumors produce. Blood tests can also expose signs that specific organs like the liver and kidneys are not functioning properly.

What Types of Blood Tests Are Used?

There are several types of blood tests that are used to detect cancer. They include:

Sometimes known as a full blood count, CBC tests look at various types of blood cells (red, white, and platelets). If there are too many or too few of these cells, or if the are abnormally formed, it could be a sign of cancer.

For example, in leukemia, the number of white blood cells the bone marrow produces is reduced. In other types of cancer, white blood cell levels may increase as the immune system tries to eliminate cancerous cells.

CBC tests can also be useful for checking whether cancers have spread to the bone marrow, and how patients are responding to cancer treatment.

A special type of blood test called electrophoresis can be used to examine proteins in the blood. If it detects abnormal immune proteins called immunoglobulins, it may be a sign of multiple myeloma. This test will usually be followed up with a bone marrow biopsy to confirm the results.

Pain and Swelling in the Joints? It Could Be a Tenosynovial Giant Cell Tumor

A tenosynovial giant cell tumor is a rare benign tumor that affects the joints and tendons. What are the symptoms and warning signs? Find out here.

This test is relatively new and is not yet in common use. It detects cancer cells that have broken away from their original site and begun to spread (metastasize). One particular test known as Cellsearch™ has received FDA approval for detecting prostate, breast, and colorectal cancers.

This type of test is used specifically in the diagnosis of leukemia and lymphoma. It looks at cells from a sample of bone marrow, lymphatic tissue, or blood. If the test detects the presence of certain proteins called antigens, it could be a sign of cancer.

The test can also help detect the recurrence of breast, bladder, or prostate cancer by identifying abnormal levels of DNA in cells.

These tests show how well the kidneys are functioning.

These tests show how well the liver is functioning.

Which Cancers Can’t Be Detected Through Bloodwork?

As previously mentioned, only blood cancers can be reliably detected through bloodwork. Other types of cancer can be identified but will require further testing to confirm the diagnosis.

However, technology is improving all the time and it may not be long before blood tests can detect many different cancers. Let’s look at some recent research that demonstrates how effectively blood tests can identify various cancer types.

Which Cancers Can Be Detected Through Bloodwork?

A 2020 study conducted at Johns Hopkins University School of Medicine investigated how well blood tests could detect early cancers. It included 10,006 women and was designed to test the effectiveness of a new test called CancerSEEK. The test was developed to search for abnormal DNA and proteins in the bloodstream.

The study discovered 26 cases of previously undiagnosed cancer. Interestingly, 14 of these cancers were in organs such as the ovaries, kidneys, and lymphatic system, for which no standard screening currently exists. However, there were also some false positives, whereby the test indicated cancer but there was none.

There were also 24 cases of cancer among the subjects which the test did not pick up. Instead, they were detected through standard screening methods. They included breast, lung, and colorectal cancers.

A further 46 women received a diagnosis of cancer that neither the blood test nor standard screening detected. Most of these diagnoses were made after the women reported symptoms.

So, can a blood test detect cancer? It is clear that while blood tests can provide valuable clues, they can also create false positives or negatives. Therefore, standard screening procedures are still essential in the diagnosis of cancer. While we may be on the road to being able to detect cancer using blood tests, there is still a way to go. 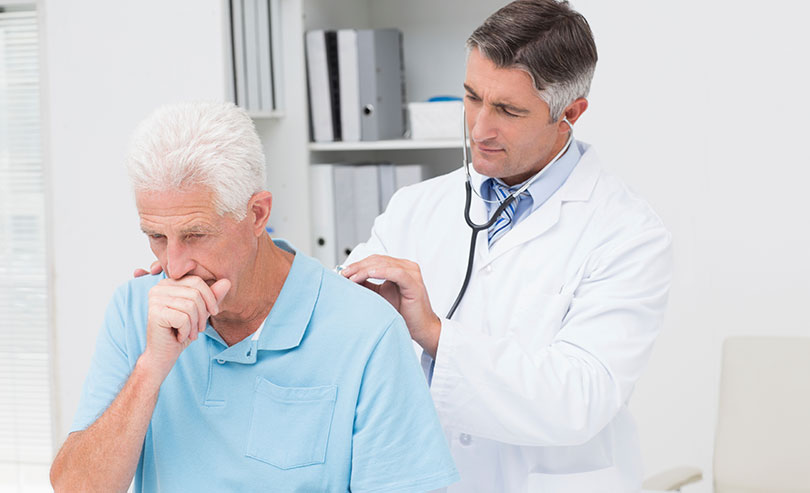 Cancer AwarenessWhat’s the Difference Between Gum Cancer and Gingivitis?

Blog4 Steps to Help You Self-Examine for Throat Cancer

BlogWhat Are the 5 Most Common Types of Cancer?