Targeted drug therapy has shown to be effective when treating advanced stages of ovarian cancer.

Targeted Drug Therapy for Ovarian Cancer: Does It Work?

What is Targeted Therapy?

Targeted therapy is a form of cancer treatment that involves using powerful drugs to stop the spread of cancer by identifying and blocking the genetic mutation responsible for the uncontrolled cell division. These drugs are designed to minimize some of the adverse effects of chemotherapy by sparing some of the fast-growing healthy cells.

There are currently three types of targeted therapy available for ovarian cancer:

Bevacizumab attacks VEGF protein, slowing or stopping cancer from creating new blood vessels, thereby stopping the cancer cells from multiplying. This treatment method is known as an anti-angiogenesis treatment. Bevacizumab has been proven to be quite effective in treating advanced epithelial ovarian cancer. It’s often used in combination with chemotherapy to achieve the desired results, as opposed to a standalone treatment method. Typically, the drug is directly administered into the vein every two to three weeks.

Common side effects of Bevacizumab include:

Other severe, but rare side effects, of Bevacizumab include:

PARP protein helps repair damaged cancer cells; cancer cells can be weakened by inhibiting the function of this protein. PARP inhibitors have proven to be quite effective in treating ovarian cancer.

All of us are born with tumor suppressor genes known as BRCA genes. Mutations in these genes increase the risk of ovarian cancer in women. PARP inhibitor drugs stop cells with abnormal BRCA genes to repair and spread, eventually killing the cancer cells.

Before prescribing these drugs, physicians test saliva, blood, and tumors to identify if a BRCA mutation exists.

Olaparib (Lynparza) and rucaparib (Rubraca) are prescribed to treat advanced ovarian cancer and are often used in combination with chemotherapy. These drugs can be administered to patients even if they do not have a BRCA mutation.

What are White Blood Cell Boosters?

2 years ago| by Sheree McDonald

White blood cell boosters during chemo are used to help regrow white blood cells to help fight infection. See if this treatment option is right for you.

Niraparib can also be used to treat advanced ovarian cancer in patients with or without BRCA mutation. Women who have platinum-sensitive recurrent ovarian cancer who have responded to a round of chemotherapy may benefit from this drug.

These PARP inhibitors can help to shrink the tumor in some advanced ovarian cancers. However, studies suggest that these do not prolong the life of the patient.
All PARP inhibitor medications are taken orally as pills or capsules.

Common side effects of PARP inhibitors include:

On very rare occasions, patients being treated with these drugs can develop blood cancer.

Ovarian cancer can also be caused by a mutation in one of the NTRK genes. Larotrectinib (Vitrakvi) and entrectinib (Rozlytrek) are drugs that are taken orally to stop the proteins created by cells with abnormal NTRK genes. These are prescribed to patients who have advanced ovarian cancer with a tumor containing mutated NTRK genes.

Side effects of drugs that target abnormal NRTK genes include:

On rare occasions, patients may develop liver and heart issues.

Pros and Cons of Targeted Therapy

Targeted therapy has proven to be quite effective in treating advanced ovarian cancer.
Unlike chemotherapy, it protects the surrounding fast-growing healthy cells, minimizing the side effects of treatment. However, targeted therapy has its downside as well. It does not apply to all kinds of cancer.

Additionally, cancer cells can become resistant to these drugs over time through mutation. Further, targeted therapy does not work if the tumor does not have a target protein to attack, and even if it finds the target, there is no guarantee that the tumor will shrink. Lastly, there is always the chance of the tumor coming back after therapy.

Similar to other forms of cancer treatment, targeted therapy should only be applied when the potential benefits outweigh the risks involved.

Targeted therapy has added a new dimension to cancer treatment, often providing good outcomes when applied in the right situation. However, it can only treat a few types of cancers. Cancer patients often still require chemotherapy, surgery, radiation therapy, and/or immunotherapy. 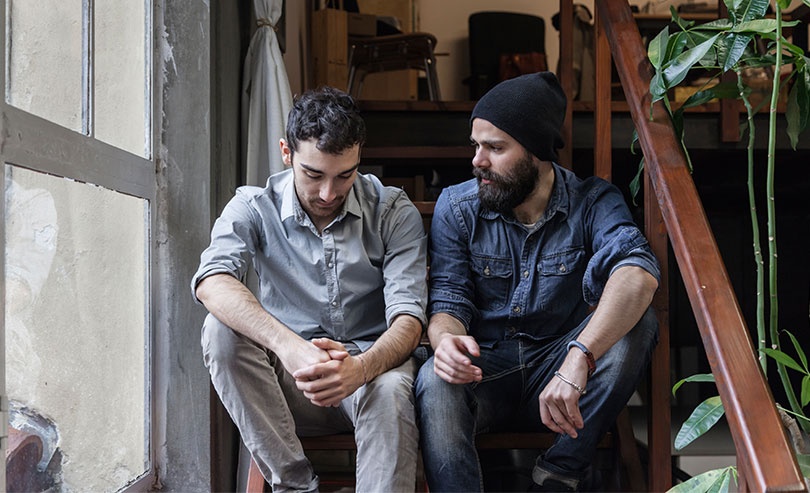 Living With Cancer9 Tips for Telling Loved Ones You Have Cancer

Cancer AwarenessAre Cysts Cancerous or Not?

Cancer TreatmentsRadiation or Chemo? Know Which Treatment Option Is Right for You